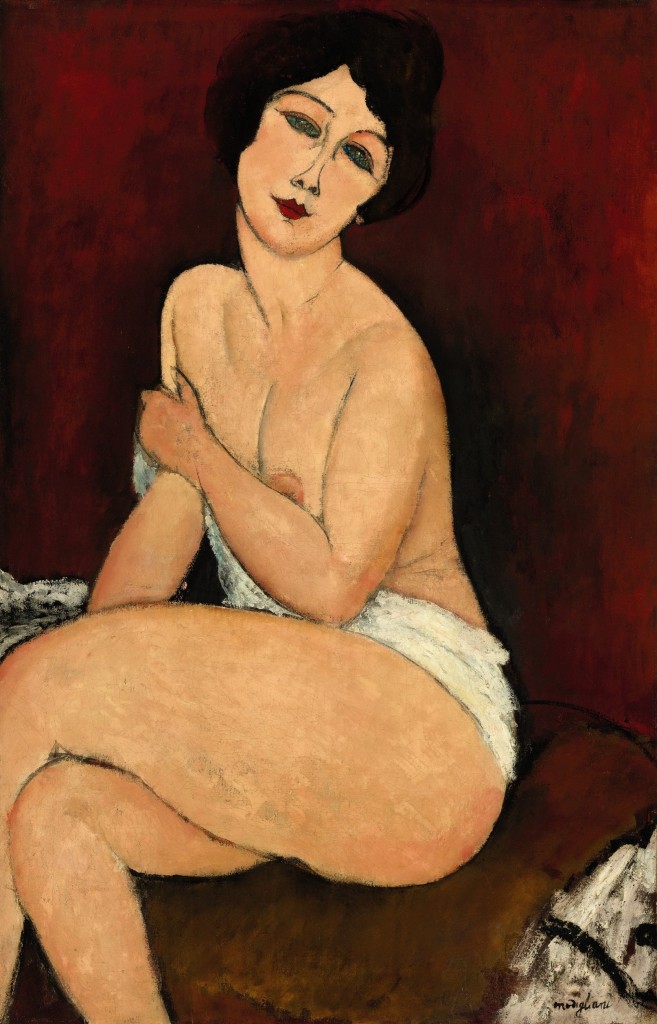 2 November 2010 – Tonight’s sale of Impressionist and Modern Art at Sotheby’s in New York brought a strong total of $227,561,000, comfortably within the pre-sale estimate of $195/266 million.* The sale was led by the record-setting price brought by Amedeo Modigliani’s Nu assis sur un divan (La Belle Romaine) — $68,962,500 — which was well above expectations and the strongest price achieved in this category at Sotheby’s in New York since May 2006.** Four works sold for more than $15 million and 38 sold for over $1 million. Sotheby’s sales of Impressionist and Modern Art continue tomorrow at 10 am and 2 pm.

“We are delighted with the results of our sale, which build on the success of the past year, and are our best in this category in New York since May 2008,” said Simon Shaw, Head of Sotheby’s Impressionist and Modern Art Department in New York. “It was a great night for Modigliani. La Belle Romaine, his breathtaking nude from circa 1917, provoked spirited bidding from at least five clients and ultimately eclipsed the previous record for the artist at auction, set earlier this year. That price represents over four times the price realized when it was sold at Sotheby’s in 1999, a then record $16.8 million. The depth of bidding from all over the world, including Asia, Europe, Russia and the United States, was particularly notable,” Mr. Shaw added.

“It was very encouraging to see multiple bidders on most of the major lots this evening, demonstrating tremendous strength and confidence in works of great quality in today’s market,” commented David Norman, Co-Chairman of Sotheby’s Impressionist and Modern Art Department Worldwide.

Two of the other highlights this evening were sold to benefit YoungArts, the Core Program of the National Foundation for Advancement in the Arts. Le Bassin aux Nymphéas, the spectacular canvas from Claude Monet’s iconic water lilies series, sold for $24,722,500 (est. $20/30 million) and Jeanne Hébuterne (au chapeau), one of the first portraits Amedeo Modigliani painted of his great love, sold for $19,122,500, well in excess of the high estimate (est. $9/12 million).

This evening’s sale included a group of works by Henri Matisse attesting to his genius in different media.

Danseuse dans le fauteuil, sol en damier, a visually-arresting canvas that marked the beginning of a revolutionary campaign in Matisse’s art in the fall of 1942 fetched $20,802,500, above a high estimate of $18 million, and Deux Négresses, one of the most striking sculptures of Matisse’s oeuvre, sold for $8,482,500.

Le Saule, a beautiful example of Claude Monet’s work at the height of the Impressionist movement, achieved $6,522,500 (est. $4.5/6.5 million). The painting depicts a group of willow trees against a background of poplars along the Epte river in Giverny, the French town that inspired Monet with the most important and celebratory imagery of his late work.