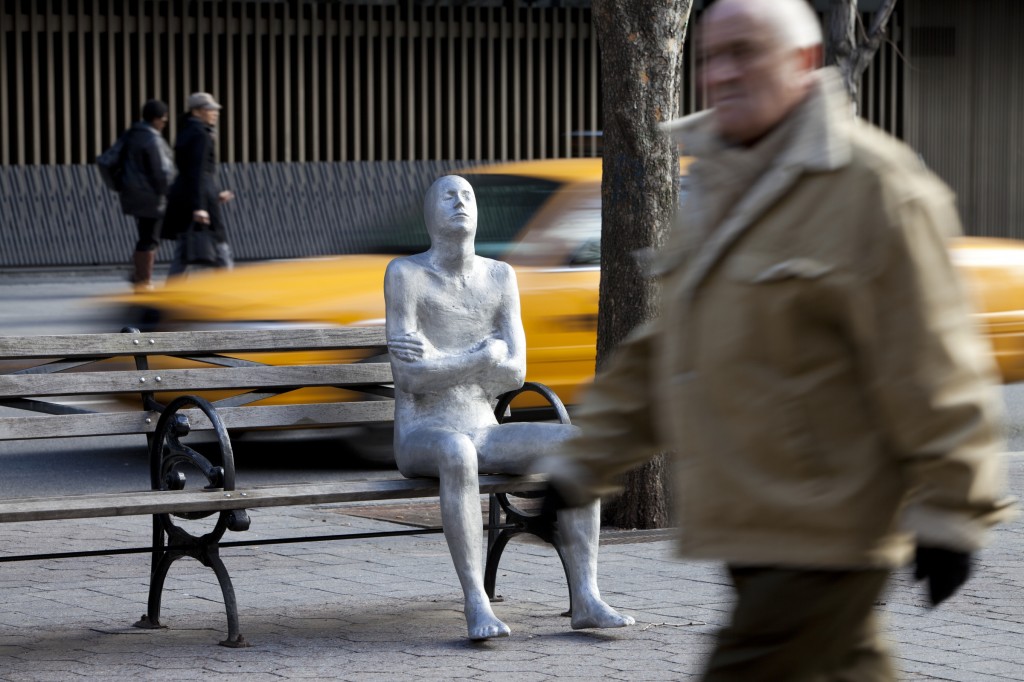 The New York City Department of Parks & Recreation is pleased to announce the exhibition BORDERS by Steinunn Thórarinsdóttir in Dag Hammarskjöld Plaza from March 24 through September 30, 2011. The installation features twenty-six androgynous, life-size sculptures, thirteen aluminum and thirteen cast iron, which extend throughout the park from First to Second Avenue on East 47th Street. BORDERS will be the park’s largest exhibition to date and the first exhibition to incorporate the entire park.

“Dag Hammarskjold Plaza is the gateway to the United Nations and a hub of international activity that serves thousands of people and hosts hundreds of political events each year,” said Parks & Recreation Commissioner Adrian Benepe.  “The new public art installation, BORDERS, will connect many diverse constituencies to new artistic experiences.  It will foster conversation and provide a significant backdrop for daily events at this public space.”

BORDERS was created specifically for Dag Hammarskjöld Plaza and directly responds to the park’s design and infrastructure, as well as the United Nations headquarters located at the eastern end of the park. Thórarinsdóttir’s figures, standing along the main park corridor and seated on park benches, mirror each other in silent conversation and form unseen borders that visitors are welcome to cross—serving as ambassadors between sculptures. The exhibition addresses humanity and cultural diversity, an exceptionally appropriate theme for one of the most culturally and politically active sites in all of New York City. 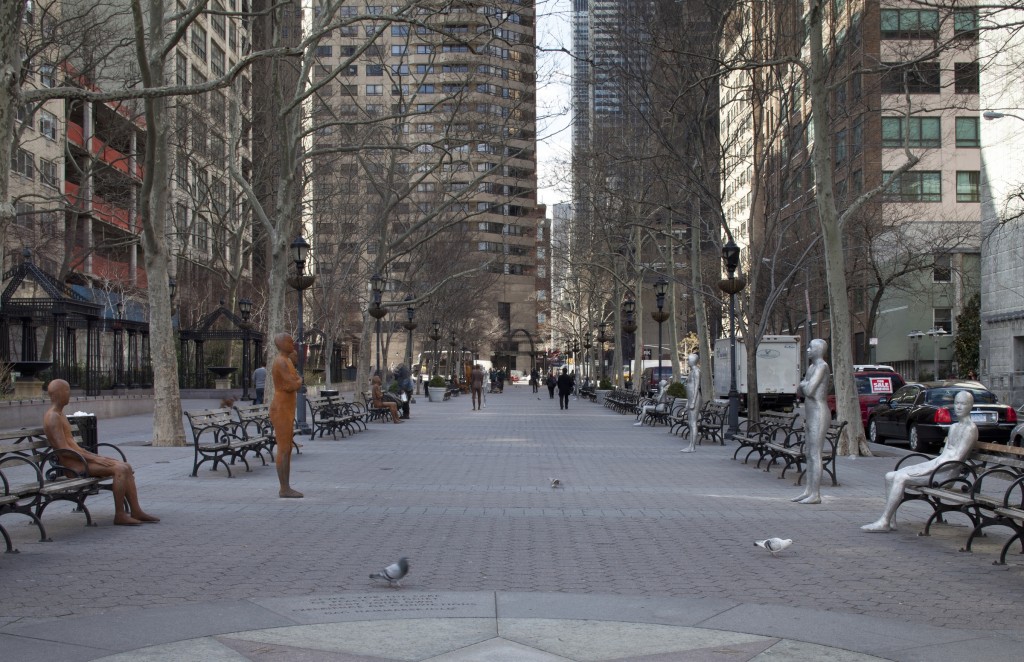 Steinunn Thórarinsdóttir (b.1955) studied at the University of Portsmouth Fine Art Department in England and the Accademia di Belle Arte in Bologna, Italy. She has been working professionally for over 30 years and has exhibited widely in Europe, Japan, the United States, and Australia. Her works are in private, public, and corporate collections around the world. She has completed commissions at Leifur Eiríksson International Airport, Iceland, and the two-part memorial Voyage in Hull, England, and Vik, Iceland among others.  Thórarinsdóttir recently finished a 9 meter high sculpture for the University of Aberdeen in Scotland.  Her exhibition Horizons which was first exhibited in early 2007 at the Katonah Museum, New York has since traveled to six venues. Among them are the Dixon Museum and Gardens, Memphis, Tennessee; and Nathan Manilow Sculpture Park, Illinois.  On January 31, 2011, Horizons inaugurated the new sculpture garden of the Georgia Museum of Art where it will be on view through June 30, 2011. Thórarinsdóttir lives and works in Reykjavik, Iceland. 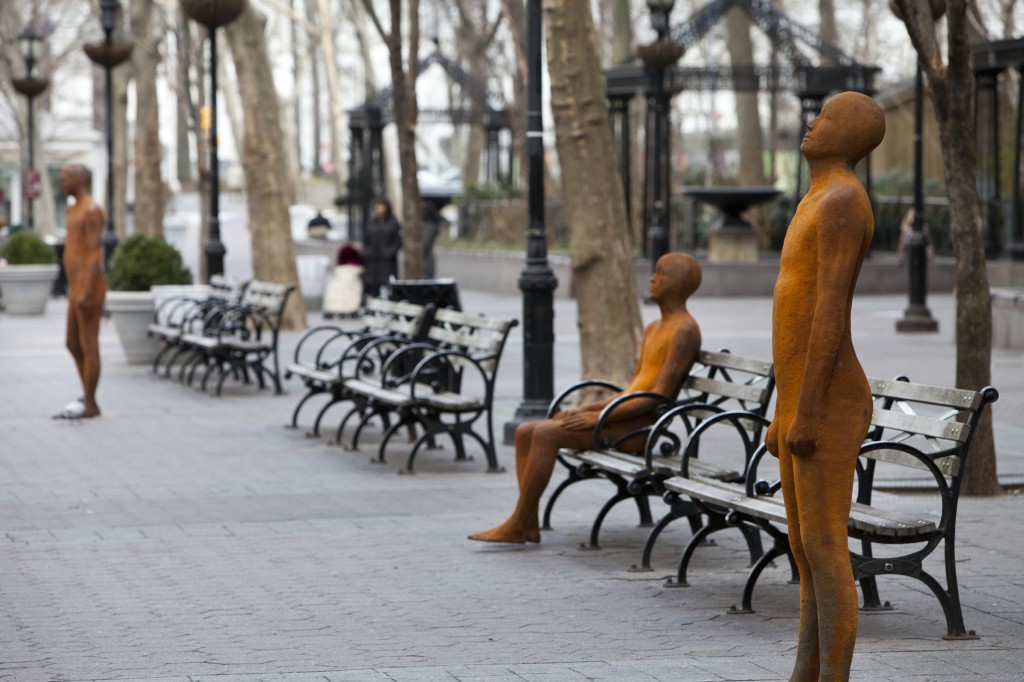 Steinunn Thórarinsdóttir is the latest in a long list of distinguished artists to be exhibited with the Department of Parks & Recreation, including Robert Indiana, Mark DiSuvero, Dennis Oppenheim, Beverly Pepper, and Jessica Stockholder. Parks & Recreation’s public art program has consistently fostered the creation and installation of temporary public art in parks throughout the five boroughs. Since 1967, collaborations with arts organizations and artists have produced hundreds of public art projects in New York City parks.