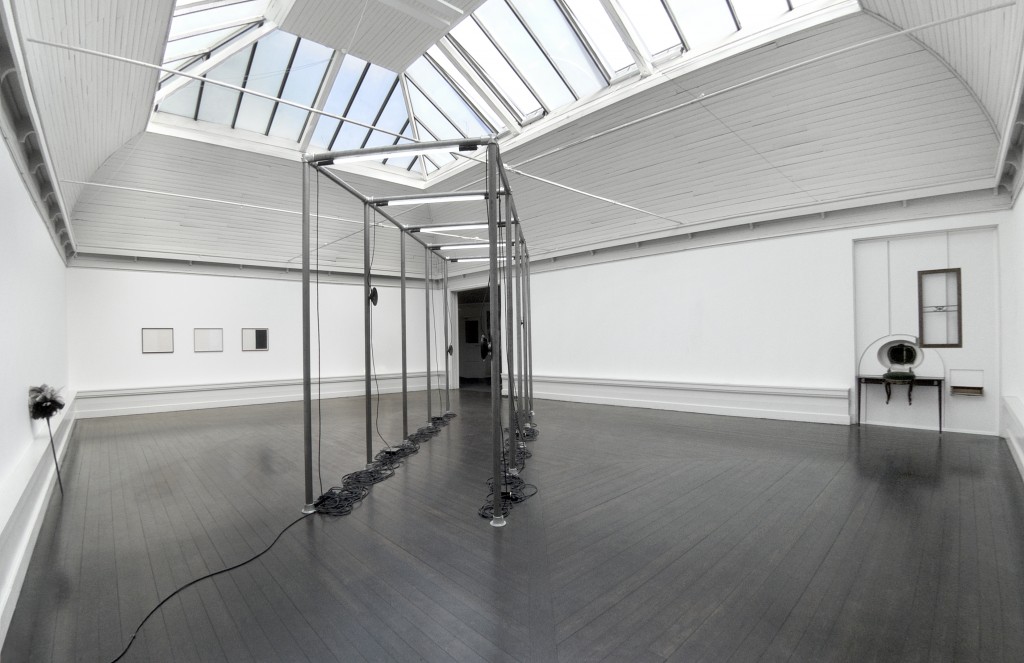 Lake of Fire is an exhibition that attempts to update the notion of ’readymade’ while taking a fresh look at the avant-garde.

It began with bus tickets and small pieces of woven chair seats in the cubistic collages, and then came dada and Duchamp’s bottle rack, snow shovel, and urinal. On the other hand there were idealistic constructivist reliefs made of scrap metal succeeded by the industrial fetish of minimalism. And after Rauschenberg’s angora goat with a car tyre wrapped around its belly came pop art’s successful fusion of commercial motives with a media conscious grasp of the artistic myth. Finally we had the eighties’ appropriation of vacuum cleaners, pornography, the works of other artists, and ordinary goods. With irony and elegance art showed us why and how any object is first and foremost an image.

With the exhibition LAKE OF FIRE Danish artist and curator Mikkel Carl wants to investigate the art historic notions of ‘readymade’ and ‘appropriation’ from a contemporary point of view. According to Mikkel Carl many artists today find it especially productive to have commerce with this particular part of  the avant-garde heritage – an ability to precisely pick out and recombine, which has always been essential for collage, readymade, assemblage and appropriation.

For the exhibition Mikkel Carl has invited 18 Danish and foreign artists. In very different ways they address what it takes to create a new meaning based on the manifold meanings already in place. So, in part the works contain the linguistic depth of conceptual art, but at the same time they transcend the ideology demanding a dematerialization of art. Rather, the artists tend to focus on the very logic controlling the associations aroused in the beholder encountering the physical art object – a kind of sensuous grammar. The immediate integration of everyday objects, often combined with direct references to art history, has never really been incompatible with the artist’s individual approach. But  the question remains: What do we call such an artistic strategy?

LAKE OF FIRE is the title of a song immortalized by the grunge prodigies of Nirvana shortly before Kurt Cobain’s suicide. But ‘Lake of Fire’ is also a passage in The Devine Comedy, a work by which Dante the poet turned an entire universe of medieval art, philosophy and faith into his own. Thus, the title of the exhibition contains a possible connection between conceptions of linear and cyclic time. And at the same time a border between fine art and pop, art and life is crossed – an endeavour that has always been the avant-garde trademark.

With the exhibition LAKE OF FIRE Den Frie Centre of Contemporary Art offers an opportunity to experience how contemporary art may challenge the order that historically and to this day creates a world so full of signs.

The 26th of May at 7pm to 9pm there will be a reading of poems by Lars Bukdahl and Rasmus Nikolajsen plus a performance by Henrik Plenge Jakobsen. See: www.denfrie.dk/index.php/da/arrangementer