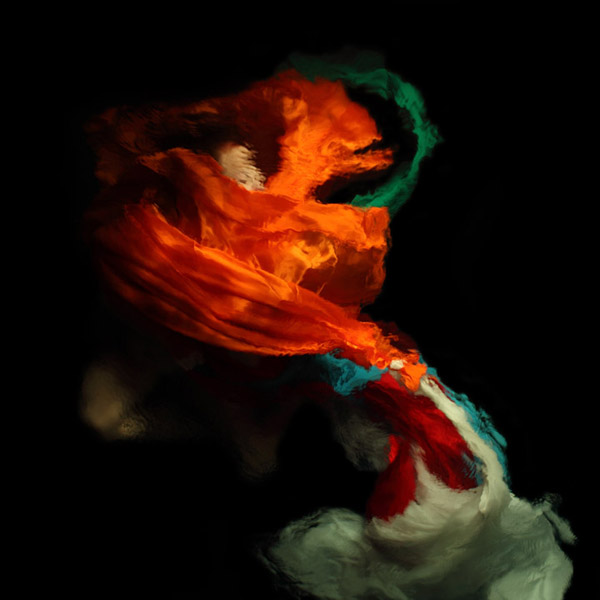 Continuing with her experiments of water, space and movement, Christy Lee Rogers’ latest collection, Odyssey, features large-scale ethereal portraits and emotional narratives through which Rogers explores the flexible nature of the earth bound human body.  Photographed on Oahu and set underwater, her subjects bend and distort; bathing in darkness, isolated by light, and brought to life by ones own imagination. 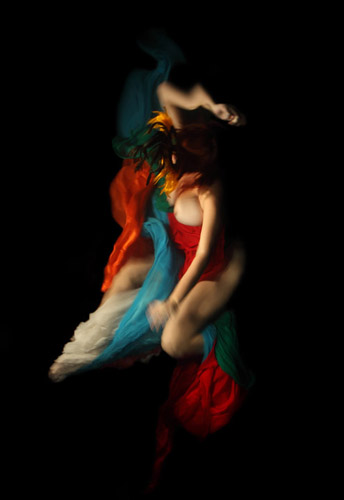 With light refraction as the technical foundation for her work, Rogers utilizes this phenomenon of light as it passes from the air, which has a lower optical density, into water, with a higher optical density, to capture in-camera images, without the modern post-production manipulations.  Rogers’ mastery of this phenomenon allows her to create sun-dappled figures afloat in dim waters, and figures whose clothes take on a Baroque complexity and vibrancy.

Through this very sensitive process, she has found a myriad of ways to create images, manipulating only water depth, light, and movement. Despite the highly technical source of the effect, Rogers is only interested in the science insofar as it allows her to express herself through her art. “It’s a means to an end. I’m interested in whatever allows me to produce my vision, and I had to search for and perfect a method that would allow me to deliver the images I had already conceived. But it had to be a way that wouldn’t dilute them or concede to the limitations of reality.”

In order to achieve a sort of photographic mise-en-scène, she had to find a new way to create her images. They couldn’t be fictitious; as that would undermine her intent to demonstrate that there are still mysterious, impossibly beautiful things on Earth—not solely in our imaginations. The work of a true artist lies in manifesting their inner world externally. To accomplish this she turned to water. 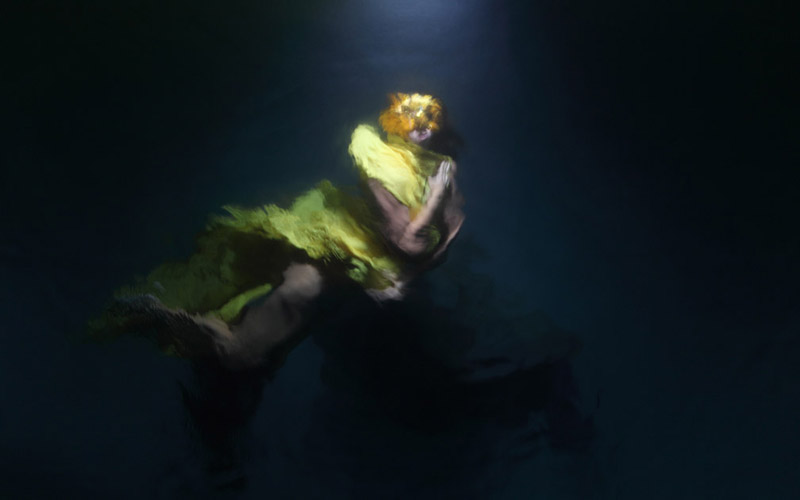 Born in Honolulu, Rogers grew up in Aiea Heights, Makakilo and Kailua. She was raised in a family of musicians, beginning her art career as a filmmaker, and she currently writes lyrics for an alternative rock band in Los Angeles.

To see more of her work visit:  www.christyrogers.com